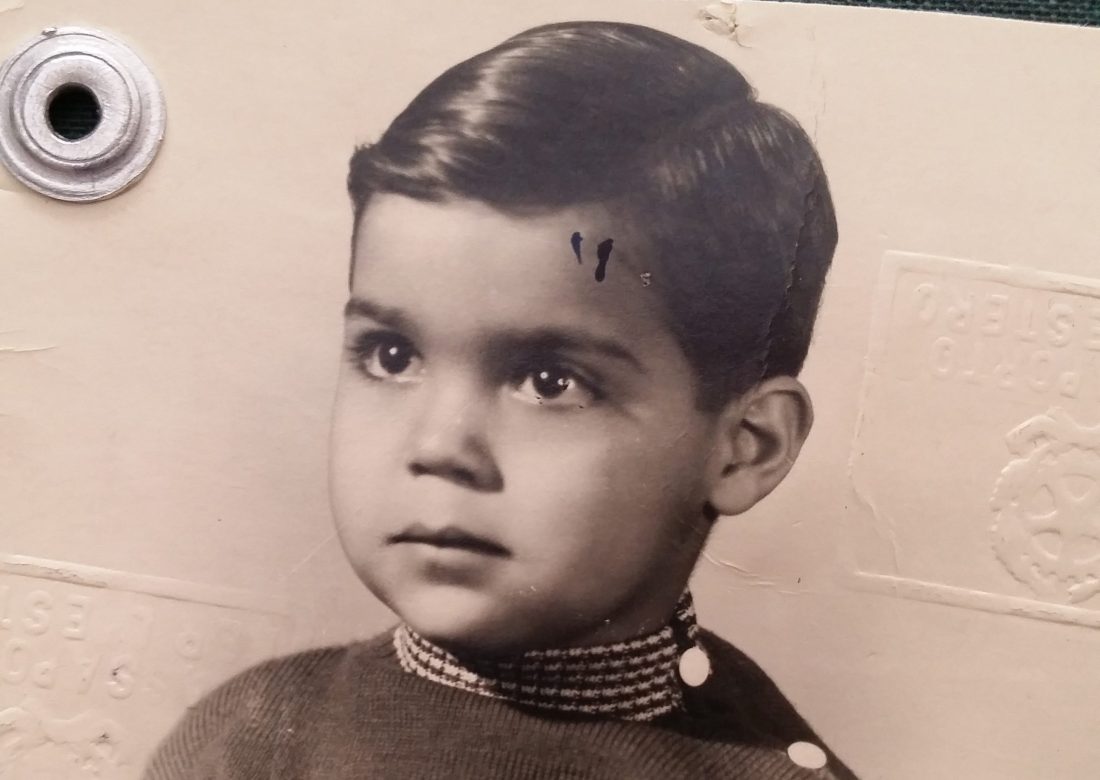 The name given to me when my birth mother gave me up at birth and sent me to an orphanage was Franco Gerosa.  The surname is unremarkable like Smith or Jones. So the only link I have is my Christian name Franco. I was born in Cagliari Italy on October 16, 1951. Although Franco is a common Italian first name it was my name. I answered to that name when it was time to eat or go to bed. When it was time to go to mass or to play.  Even when I was being punished for doing something I wasn’t suppose to. I had nothing that belonged to me except my name Franco.

Then it happened. My life was turned upside down. No one told me what was happening, No one explained that I was leaving the only life I had known or why. I was told I was going to America to live with a family as there son. What does that mean to a five year old kid who has never had a family. Is this a good thing? Oh yes you will be so happy.

I came to America on December 4, 1956. Two days later I met my prospective parents. Oh they were so happy to see me as I was the little boy that they had hoped for. All I remember is being extremely tired and hungry. Mangiare Mangiare. My prospective father actually spoke Italian and told my new mother I was hungry.  My new parents took me to my new home in Pennsylvania and I had to learn all over again what to do and how to do it. The language barrier was a problem at first as my mother didn’t understand me and my father had to translate. Then the rules started.  I had to learn to speak their language. I wasn’t allowed to drink coffee black only with lots of sugar and milk. I had to wear shoes all the time, which turned out to be a problem as I never wore shoes before and could not walk in them.

Both my new parents came from large families. My fathers family was Italian and my mothers family was Slovenian. So I was displayed like a slightly used car to all my new family.  All this was confusing and frightening enough but the thing that made me the unhappiest was my name.  My new father’s name was Anthony and he went by Tony. Well I was starting a new life so I had to have a new name. Of course my new Christian name would be Anthony, and as a concession I guess my middle name would be Frank. So my new name was Anthony Frank Armen. Since everyone called my dad Tony I was called Tony also. But that created it’s own problems and I wasn’t a junior so I was called Tony Frank. I don’t expect you to understand how much I grew to hate being called Tony Frank. When my mother would call me that it was like fingernails on a chalkboard to me. The kids in school would call me Tony Frank out of derision and meaness. I would tell people just call me Tony.

I learned to accept my American name out of necessity and legality. But My Name is FRANCO!!!!

View all posts by tonyarmen

This is a text widget, which allows you to add text or HTML to your sidebar. You can use them to display text, links, images, HTML, or a combination of these. Edit them in the Widget section of the Customizer.